Why a World Cup win would be different for Columbus' Degenek 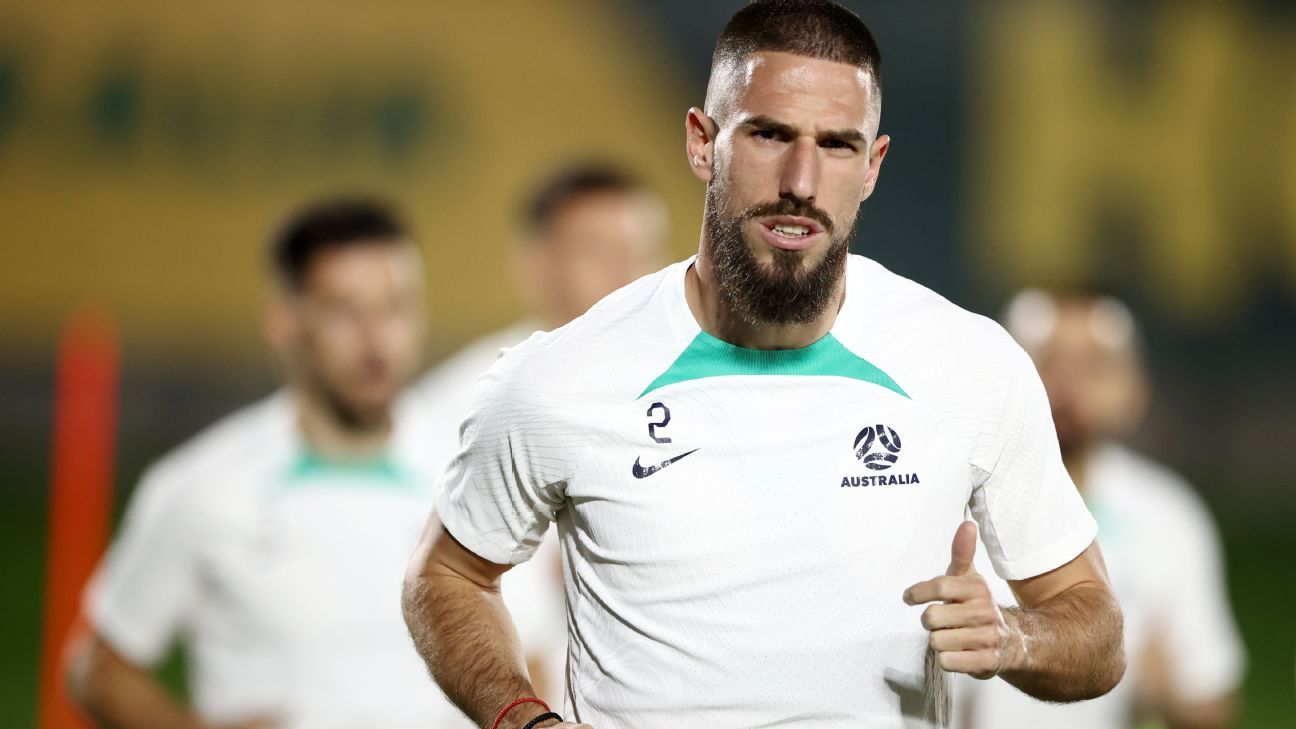 Australia defender Milos Degenek did not enjoy his World Cup debut, which perhaps shouldn’t be all that surprising given that it came in a 4-1 loss to defending champions France on Tuesday evening. Indeed, despite a bright start that saw the Socceroos take a 1-0 lead, the final heavy margin and short turnaround to the next game meant there wasn’t much to savour.

The 28-year-old, however, probably wouldn’t have felt too differently had the Socceroos been able to hold on to their unlikely one-goal lead, given that he says he doesn’t pause to enjoy any of the games that he’s played in their immediate aftermath, no matter the sense of occasion. There’s the immediate joy of victory, of course, but once that adrenaline wears off it takes a bit of time for the emotions to return.

Degenek didn’t savour, for instance, beating Liverpool 2-0 in a packed-out Champions League fixture at the Rajko Mitic Stadium when he was with Red Star Belgrade back in 2018. Instead, as the rest of the side hit the town to mark their momentous win, he stayed home to re-watch the fixture with his brother.


It was only when Liverpool went on to win the entire tournament that Degenek began to allow himself to comprehend the magnitude of the accomplishment of he and his teammates.

It all sounds just a bit Spartan; a denial of the sense of accomplishment, contentment, and gratitude that can come with periods of introspection and reflection.

But for Degenek, who is hoping to start for his nation in their high-stakes fixture with Tunisia on Saturday, this self-imposed anhedonia goes a long way towards helping him maintain what he calls his “lion mentality.”

“The lion mentality is you either eat or you get eaten,” he explained. “That’s the simplest way to put it … when we had a meeting with the boys. I said: ‘There’s bread on the table. Either we eat tonight — my kids, my wife, and my family — or they eat, and my kids and wife go to sleep hungry.’

“I don’t want that to happen and I use that term — when that bread is on the table — I want to take it, I want to keep my wife and my kids happy.”

Born in Knin, the capital of an unrecognized Serbian proto-state in Croatia, Degenek’s family fled to Belgrade when he was still a baby during the conflict in the region, before then seeking and gaining asylum in Australia when he was six years old.

Settling in Western Sydney, he subsequently earned a place in the prestigious Westfields Sports High and Australian Institute of Sport programs as a teen, his talents earned him a move to Europe and German side VfB Stuttgart, where he played alongside Germany international Joshua Kimmich.

Stints across Europe — multiple with Red Star — East Asia, the Middle East and, presently, in the United States with Major League Soccer‘s Columbus Crew followed, as did 39 appearances for Australia’s senior side after previously representing Serbia’s youth.

Indeed, it’s been a long and winding road for Degenek, but he says that it was during those early days in Germany, when his future outlook was far less promising than what it would eventually become, where his mentality was forged.

“I was a 16-year-old when I went to Germany and my first experience was being dropped in the middle of Stuttgart and taking an hour and a half to get to training in the middle of the freezing winter,” he said.

“It’s -8 degrees and I’ve got on two pairs of tracksuits and four jumpers because I didn’t have money to buy a winter jacket until I got given one by my agent.

“That’s where I learned the struggles and got that mentality where I thought to myself ‘I’m training with another 20 guys but I want to be that one that goes on to make it.’

“I can say fortunately enough I am one the ones that made it.”

Meeting Tunisia in the opening kickoff of Saturday’s action in Qatar, the stakes associated with the fixture will be very clear to every Socceroo that takes the field at the Al Janoub Stadium.

Thanks to their heavy defeat against France, Graham Arnold’s side needs to take at least a point from the contest to hold out any hopes of advancing to the round of 16 for just the second time in their nation’s history.

Though a draw would keep them alive, given that Tunisia needs to face France in their final group stage game, a win could very well put Australia in the box seat to progress heading into the final matchday.

The stakes, it would seemingly appear, are quite high. At least they would be if one didn’t have the lived experience and hard-won perspective of Degenek.

“You say must-win game, you think it’s pressure. I said to the boys the other day, that’s not pressure,” he said. “Pressure is me as an 18-month-old baby fleeing a war. Pressure is me as a six-year-old being in the middle of a war.

“Pressure isn’t a must-win football game. Because you can win or lose but I don’t think anyone is going to die. That’s not pressure.

“This is just the joy of wanting to get better and wanting to have something to say to your grandkids and fans back home when you can say you won a game at a World Cup, you got out of the group.”