France must be heard in 'OneLove' row – minister 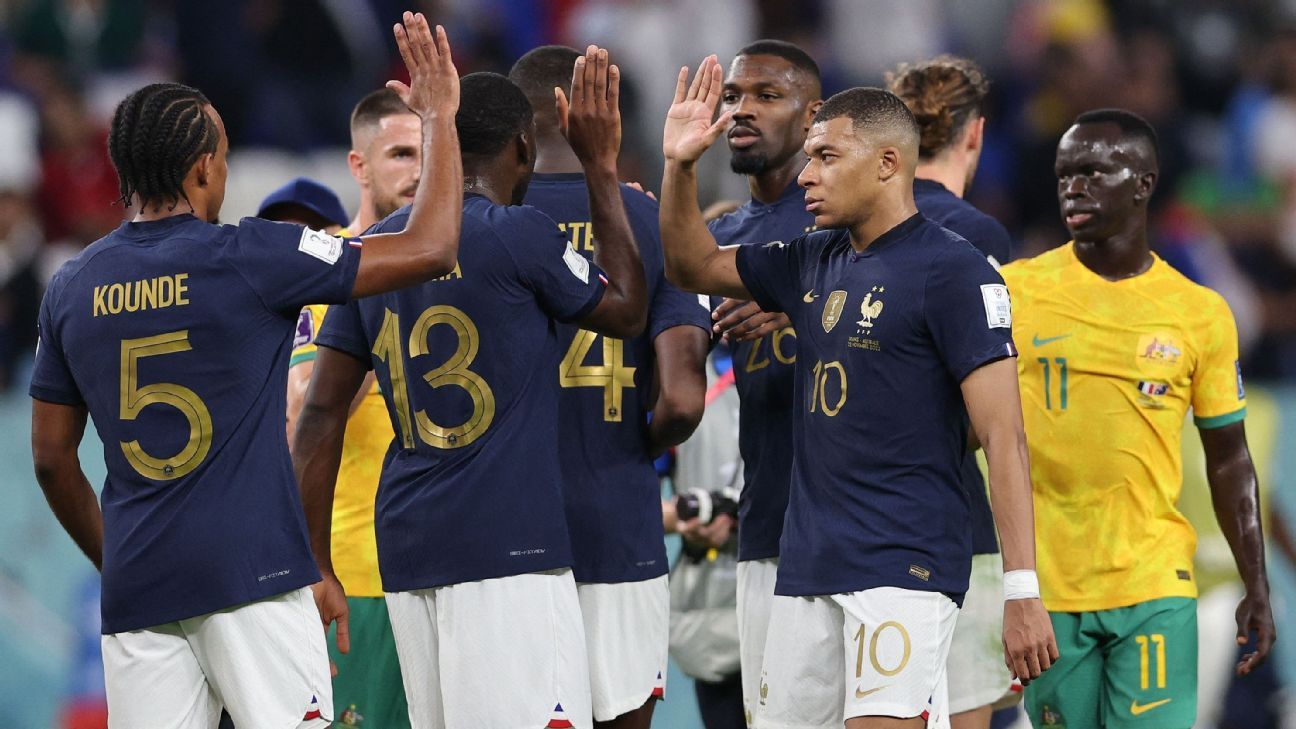 The French sports minister urged the national football team on Thursday to make themselves heard amid a row over FIFA’s threat of sanctions for the “OneLove” armband.

On Wednesday, all Germany players placed their hands over their mouths in front of photographers on the pitch ahead of kickoff, after world soccer body FIFA had threatened seven European teams with sanctions if they wore the armband symbolising diversity and tolerance.

France are not among the seven teams, with French football federation (FFF) president Noel Le Graet saying it would “follow the guidelines of FIFA.”

“I think that FIFA’s decision to ban the One Love armband will be talked about for a while. Do I wish there had been a space for full freedom? The answer is clearly yes,” Amelie Oudea Castera told public TV channel Public Senat.

“Are there still spaces of freedom where our French team can continue to express their commitment to human rights? The answer is yes. The Germans are showing it.”

“There are still weeks ahead of us in which they can be free to express themselves, to use these spaces of freedom to carry their messages,” she said.

“They have these values too. They belong to a country that holds these values high and it is important that they represent them.”

Asked if he would wear the armband ahead of France’s opening game against Australia, which they won 4-1, captain Hugo Lloris said: “FIFA organises the competition and defines a framework and rules.

“We, the players, are asked to play football, to represent our countries as well as possible in sporting terms.

“I prefer to stay within my framework, that of a player and a competitor, but there are indeed various causes that are commendable and that we must support. But at the end of the day, FIFA decides on the organisation.”

The OneLove armbands, intended to send a message of tolerance, connection and opposition to all forms of discrimination, have been in the global spotlight since FIFA threatened several European team captains with yellow cards if they wore them to support LGBTQ+ people in Qatar, where homosexuality is illegal.

Belgium, Denmark, England, Germany, the Netherlands, Switzerland and Wales backed down, but on Wednesday, the Dutch federation (KNVB) said they were jointly considering their legal options.